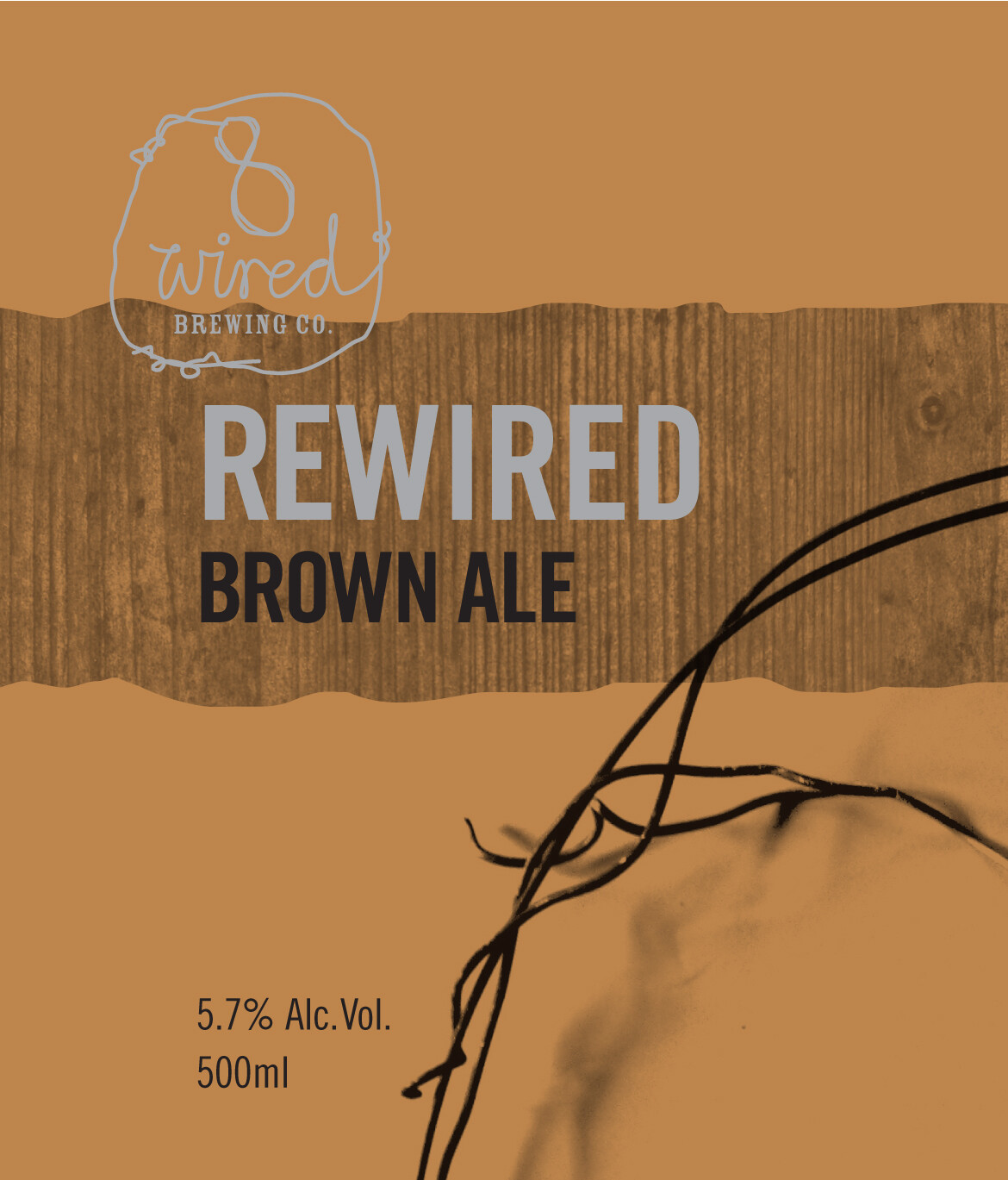 Poor old misunderstood brown ale... This is perhaps the most versatile style of beer in the world, yet it is often frowned upon, but why? Is it because the word BROWN doesn’t cling right, perhaps it leads the mind towards less appetizing things? Is it because the colour BROWN is less snazzy than, say ’golden’?? Or is it because the duopoly of NZ brewing have driven the BROWN style into oblivion by claiming the style for their most unattractive products??? We’ll let you think about that while you sip this beer, either in the sun on the beach or in front of the barbie, with your afternoon steak and cheese pie, with your Sunday roast or just by itself because you are thirsty and deserve a treat! Chances are this is unlike any Brown Ale you have ever tasted, it is malty, hoppy and flavourful. Some might say it is Brown Ale re-defined, we’d say it’s REWIRED